This piece about the Peace Mala was placed on the Global Village website in January 2006.

Mala for Peace
A Peace Mala is a symbolic bracelet that promotes friendship, respect and peace between faiths and people all over the World. It aims to overcome prejudice and celebrate what makes people different from each other. The word ‘mala’ is Sanskrit and literally translated it means ‘garland of flowers’. Each ‘flower’ or bead on the mala can represent a mantra or a prayer but in the Peace Mala each bead is used to represent a faith.

The bracelet is comprised of fourteen coloured beads with a central white or frosted white bead strung between symbolic knots. The coloured beads represent the spiritual paths and their peace messages for the world. The central white bead represents the wearer. The final single bead is used as a toggle to bring the mala around the wearer’s wrist. This represents unity, harmony and peace.

The idea for the Peace Mala came from a classroom discussion at Coedcae School, Wales, when RE teacher Pam Evans and her students realised that something needed to be done to counteract prejudice and religious intolerance. Pam said “I thought of something simple butt effective that would engage the minds of young people; a symbolic bracelet, loaded with messages, that would be fun to make a wear”.

Since it began in 2002 The Peace Mala project has enjoyed great success. The idea was embraced by members of many faith communities, who welcomed it as a positive move towards encouraging mutual respect and harmony within communities. It has high profile religious supporters, which have include His Holiness Pope John Paul II and his Holiness the Dalai Lama. In November of 2005 a ‘bespoke’ Peace Mala will become available and the project will also be launching Awards for Youth to encourage young people to cultivate universal respect. 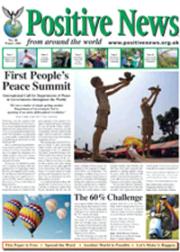