of The United Kingdom and the other Commonwealth realms 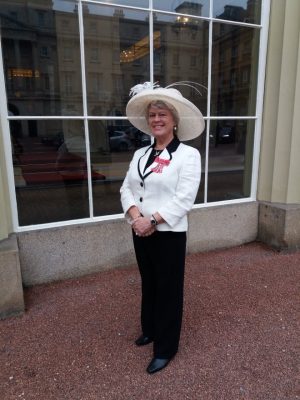 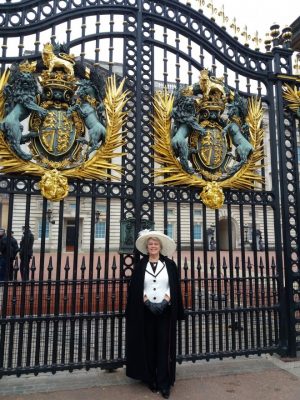 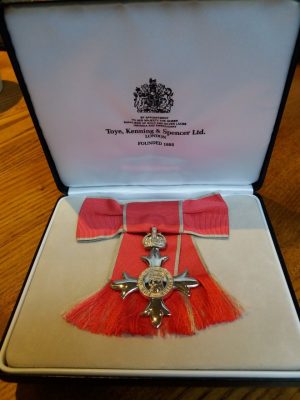 In June of this year, it was announced that Pam Evans, the founder of Peace Mala, had been awarded an MBE in the Queen’s Birthday Honours for for services to the promotion of peace and interfaith understanding. On Thursday 21st November, she was invited to Buckingham Palace for the Investiture, to be held by Her Majesty The Queen.

It was an incredible experience, held in an amazing grand ballroom. Pam spoke with the Queen about her interfaith work, the schools in the United Kingdom engaging with the Peace Mala project, as well as our first school in the USA – Sunrise Academy in Florida, who are working towards their Bronze Award Accreditation. Pam also mentioned that she had previously met the Queen, at an event for her Diamond Jubilee. It was a great honour for the founder to be able to meet Her Majesty again, and to talk to her about the work Peace Mala is doing with so many wonderful schools. The Queen smiled throughout the whole of the conversation, and expressed her delight at the news concerning Sunrise Academy in Florida, who will be Accredited in the spring of 2020.

“What an experience and what an honour to receive the MBE for services to peace and interfaith understanding from Her Majesty the Queen. The orchestra in the grand ballroom played the James Bond theme music ‘Nobody does it better’ as I was about to walk towards Her Majesty…it did put a smile on my face!”