Published on 8th June in WalesOnline, by Ian Lewis. 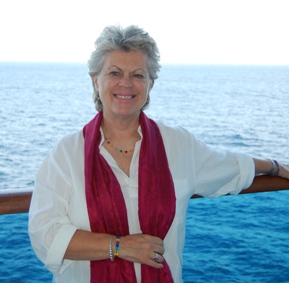 Pam Evans, Founder and CEO of Peace Mala, was awarded the MBE for services to the promotion of peace and interfaith understanding in the Queen’s Birthday Honours List 2019.

Following New York’s Twin Towers terrorist attack in 2001, she set about establishing the Peace Mala organisation, spurred into action after witnessing young Muslim pupils facing bullying from their peers and prejudice that soon spread to other faith minorities.

At the time she was head of religious studies at Llanelli’s Coedcae school. Peace Mala was conceived and educational packs for schools, youth and community groups were created.

These are designed to instill the message of treating others as you would wish them to treat you, and through her dedication and drive, this small local initiative has grown into a project with a global reach.

Mrs Evans said: “It is a phenomenal honour and it brought me to tears to be honest as I know nominations were made by those working alongside me at Peace Mala.

“I hope it helps to raise even more awareness of the work that we do and how important our message is.”

“To see it grow the way it has over the years has been wonderful and to be awarded the MBE is wonderful, I am shocked but humbled too.”

‘WE ALL WANT TO BELONG’

Pamela Evans, 69, from Swansea, was awarded an MBE for services to the promotion of peace and interfaith understanding for setting up a group called Peace Mala, which promotes tolerance.

She was teaching religious studies when the 9/11 terrorist attacks took place in the US in 2001, and witnessed Muslim, Sikh and Chinese children being bullied in the aftermath.

“It was horrid, it was terrible… I’ve never heard such hateful things being said about the Muslims in our town… name calling, bullying.”

Ms Evans said the day after the attacks, another teacher asked her if she was still going to teach about Islam.

“If you’ve got a university graduate, an intelligent teacher being alarmed by what the media is saying then I knew we were in for trouble. What I did point out to him very quickly was the guys that did that yesterday were not Muslims… they’ve hijacked Islam.”

Ms Evans developed educational packs for schools, youth and community groups designed to instil the message of treating others as you would wish to be treated.

Of receiving the MBE, she said: “It’s an incredible honour, I’m thrilled, I’m especially thrilled for Peace Mala and everybody who’s involved… especially the children in the schools.”