article in The Bay magazine, October 2015

The ceremony was attended by The Deputy Lord Mayor of the City and County of Swansea, the Mayor and Mayoress of Neath Port Talbot, Regional Chief of Police, Bishop Tom Burns of Menevia, representatives of several faith communities, and pupils and teachers from local Peace Mala Accredited schools. Teachers and supporters from outside of Wales also attended the event. 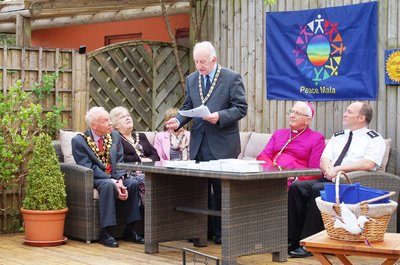 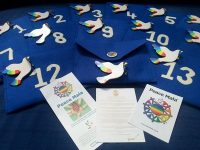 Each dove is being sponsored on its travels, thereby bringing financial support and security for the future work of the Peace Mala educational charity.

It is hoped that the doves will raise awareness of the work of Peace Mala with schools, youth groups and community groups wherever they travel. 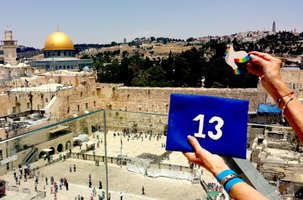 One of the doves is the Inter-Faith Dove of Peace which has travelled between many of the religious and faith communities of South Wales, starting with the Abrahamic faiths first. It has already travelled to Jerusalem and will continue on to Manchester where the Naqshbandi Sufi Order of Islam will be the first to receive it before passing the dove on to other faith groups in the city. It is hoped that this dove will keep travelling between the faith and spiritual communities of our world.

The other doves have already have travelled to Ireland, Sweden, the Netherlands, France, Italy, the USA, Africa, Cyprus and Israel. We already know that dove 8 is destined for Hong Kong and Dove 14 for Japan. 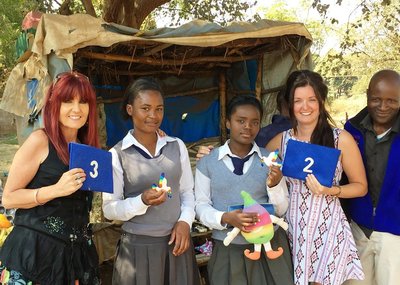 Amazingly Doves 2 and 3 met in Livingstone Zambia when it was discovered that Rachael Webb, Headteacher of Hafod Primary School in Swansea Wales, and Amy Grundy, teacher at Baguley Hall Primary School in Manchester England, would both be in the country doing voluntary compassionate work with local schools. Hafod and Baguley Hall are both Peace Mala schools.

The journeys of the doves are being tracked to provide an exciting geography project for schools and youth groups.