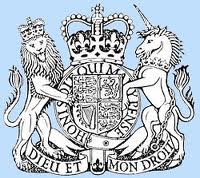 People from all walks of life are invited on the recommendation of a large number of national organisations who submit lists on a pre-arranged quota. For example, the government, Lord-Lieutenants and organisations such as the Civil Service, Armed Services, Diplomatic Corps, charities and societies, all have quotas for nominations. This ensures that a representative cross-section of the community is invited and that guests are generally people who have contributed a large amount to their various organisations or society.

During February 2011 Pam Evans received a phone call from the Lord Lieutenant of South Glamorgan’s PA informing her that she was being invited to one of the Queen’s Garden Parties in recognition of her work with Peace Mala. She was advised not to tell anyone until the official invitation arrived. The invitation arrived in May. When it did, Pam posted the information on her profile page on Facebook and jokingly asked the question whether or not she should accept the invitation. Pam had actually already accepted the invitation and had even gone out to purchase a smart new outfit and a good hat.

The day of the Garden Party turned out to be one of the most memorable in her life.

“I was both thrilled and honoured to have been asked. It was even better than I expected and I loved every moment of it. The weather was fine, the atmosphere exciting and the food was excellent … especially the passion fruit patisseries and the iced coffee. I have to confess that I went back for a second helping of both.

“After the tea, I walked towards the large lake at the bottom of the great lawn and realised I was very close to the Royal Tea Tent. I remained there and had an excellent view of The Queen as she arrived to take tea. I must say that I felt very proud of her. I’m amazed and impressed with what she is still doing at her age. Long live Her Majesty!”