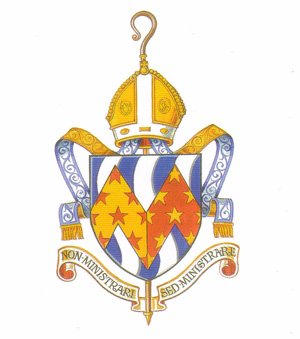 Over the past&nbspfew weeks, the theme of Peace has been weaving its thread, constant and rainbow-like, through my appointments and, therefore, thoughts and horizons. Last Sunday, outside the Priory in what was a rather run-down and abandoned patch, we officially inaugurated the Peace Garden of the Parish Community, a “work in progress” (what Peace is not?) but already with its plants of peace and painted stones a colourful an eloquent testimony to the dreary concrete drabness of a City Centre of a “different” message, of beauty, goodwill and . . . hope, above all.

A few weeks earlier, I attended the International Peace Mala Awards in the Temple of Peace in Cardiff. Peace Mala is the fruit of the initiative and vision of a remarkable woman, Pam Evans, who having witnessed the anti-Muslim prejudice and its effect on schoolchildren in her area of Swansea following the 9/11 tragedy, didn’t just limit herself to shaking her head and saying “something should be done” (all too easy, often) but got up and did something about it. The organisation she began, and still runs from Morriston, looks for the common ground between all faiths, and the message of peace and love which they (and all true followers of them should) have at their heart. It is a remarkable “from acorns oak trees grow” story: now the Peace Mala message and logo has spread throughout Wales, the UK and even further afield, and at the Awards on September the 14th many dignitaries were present, one pop star (!) but – the most important and real “special guests” – the many children from as far afield as Scotland who had come to collect their awards for their various projects and initiatives promoting Peace and Harmony in their schools and communities.

Peace gardens and School projects seem like little things, maybe; small bright pebbles falling all too often into a dark and restless sea of violence, war, power and prejudice. But little pebbles cause ripples that have a way of spreading out, reaching places no-one could have imagined. As Christians especially the message of Peace lies at the heart of our profession of faith. We follow a man – Jesus of Nazareth – who with the words of his life, but even more so the example of his death rejected all violence and aggression against anyone, and lifted up his hands in surrender, allowing himself to be unjustly condemned and crucified, rather than react, fight back. His greatest gift to his community (indeed, the gift that gave his community its being) was that very Spirit of Love and Peace which has been poured out into our hearts, and is given to us constantly when we gather together: “I leave you Peace, my Peace I give you”. In Welsh there are two words for “Peace”: Heddwch and Tangnefedd. Heddwch is an “external” Peace, a “political” peace, between States, for example. Tangnefedd, on the other hand, goes much deeper. It is an interior Peace, a spiritual reality which springs from the depths of the heart. In his Encyclical “Pacem in Terris” written over 40 years ago (who says the Church moves slower than society?) that great man and missionary of Peace, John XXIII, wrote these words: “The World will never be the dwelling place of Peace, until Peace has found a home in the hearts of men”. Had he known Welsh (and the fact that he did not, proves that not even great men are perfect!) I am sure he would have made the distinction: “The World will never be the dwelling place of Peace (Heddwch) until Peace (Tangnefedd) has found a home in the hearts of men”.

I rather think that the Peace Jesus meant is that Peace too: Tangnefedd. Shal’om. And that is why if there ever is to be Peace on Earth, it is probably up to us, more than anyone. Because within us we already have the key, the secret. And, if we want to enough, the culture of Peace and civilisation of Love really can be built, slowly, but surely, with little things: words and colours. Smiles and Stones. Water poured out and Bread broken.