During the last seven days of the Easter holiday, Ruth Davies walked part of the ancient pilgrim path to Santiago de Compostela in Northern Spain for Peace Mala.

Earlier in the year Ruth, who has been a supporter of Peace Mala for several years, told Pam Evans, founder of Peace Mala, that she had always wanted to walk the Camino. Her decision that it would be a Peace Mala pilgrimage for world peace came as wonderful news. Pam suggested it would be a good idea if her pilgrimage could be sponsored and help to raise funds for the Peace Mala International Awards for Youth. Ruth agreed and the sponsorship began.

A week before Ruth left for Spain, supporters joined her for a fund raising farewell meal at the Gurkha Heaven Restaurant in Llanelli. The evening proved a great success. Thanks go to everyone who attended and especially to our host Bhim Rai, a retired Gurkha Staff Sergeant, who organised a wonderful buffet of Nepalese food.

Significance of the Camino 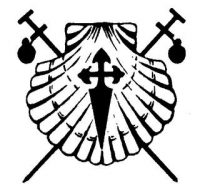 According to legend, St James the apostle fled persecution in the Holy Land and came to northern Spain. Whilst there he preached the Gospel of Jesus until he returned to Jerusalem where he was martyred in 44CE. His remains were brought back to Spain. In the 9th Century they were re-discovered in a field indicated by a bright star. Santiago de Compostela means ‘St James of the star field.’ It is claimed that his remains were later buried under the altar of the cathedral at Santiago.

Pilgrims who walk the Camino carry a scallop shell, the symbol of St James. Ruth carried one attached to her rucksack for the whole of her journey. That shell has since been placed on the Orthodox icon corner at Peace Mala HQ.

After seven days of walking the Camino, Ruth arrived in Santiago on Good Friday in pouring rain. She made her way to the cathedral where she had promised she would light a special votive candle for the work of Peace Mala and world peace. Ruth waited until the Good Friday Mass finished and looked for an appropriate place to light her candle. She discovered that all the votive candles were electric and realised this was not the appropriate place. She entered a second church and again found that she was unable to light her candle. At the third attempt Ruth entered a church she later discovered to be the Convent of San Francisco. She lit the candle there and realised afterwards that an interesting link had been made.

In Easter 2008, the very first Peace Mala pilgrimage had been made by staff and pupils of St John Lloyd Catholic Comprehensive School from Llanelli. Their pilgrimage took them to Assisi and the shrine of St Francis where they said prayers for world peace.

Before setting out on her pilgrimage each morning, Ruth used the prayer book ‘Using the Peace Mala to pray for world peace’. This book of peace prayers was put together by Pam Evans for the St John Lloyd students on the first Peace Mala pilgrimage. It has been used by many people since. 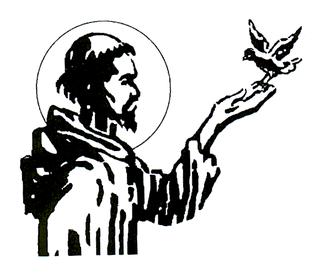 The Prayer of Saint Francis of Assisi

O Divine Master, grant that I may
Not so much seek to be consoled,
As to console;
To be understood, as to understand,
To be loved as to love.
For it is in giving that we receive,
It is in pardoning that we are pardoned,
And it is in dying that we are born to eternal life.

Sponsorship of Ruth’s Camino, along with the fund raising meal at Gurkha Heaven, raised a total of £1,000 for this year’s Peace Mala International Awards for Youth.

A BIG THANK YOU to Ruth and everyone who supported her. May there be many more Peace Mala pilgrimages with prayers for world peace.