During August 2006, Pam Evans wrote to the new Pope, Benedictus XVI, informing him of the work of Peace Mala. A letter of support had been received from the former Pope, John Paull II in October 2003.

The reply from His Holiness, Pope, Benedictus XVI is below: 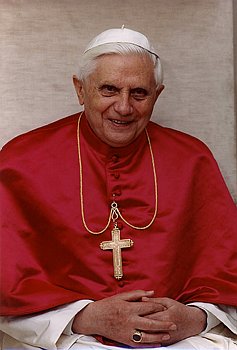 The Holy Father has received your letter and he has asked me to send you this acknowledgment.

He appreciates the sentiments which prompted you to write to him.

His Holiness will remember you in his prayers and he invokes upon you God’s blessings of joy and peace.

The letter from His Holiness Pope John Paul II: 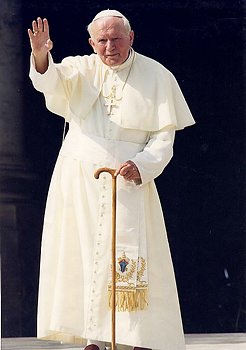 The Holy Father has received your letter and the accompanying gifts, and I have been asked to send this acknowledgement in his name.

His Holiness was pleased to learn of your efforts on behalf of world peace, the attainment of which, as you know, has been one of the main goals of his pontificate over the last twenty-five years. As you continue to teach your pupils at Coedcae School how they can make a real personal contribution to establishing peace in our world, he assures you of his prayers. Upon all at the School he invokes the abundant blessings of Almighty God.

With personal best wishes, I am